← back to
LEAVING RECORDS
Get fresh music recommendations delivered to your inbox every Friday.
We've updated our Terms of Use. You can review the changes here. 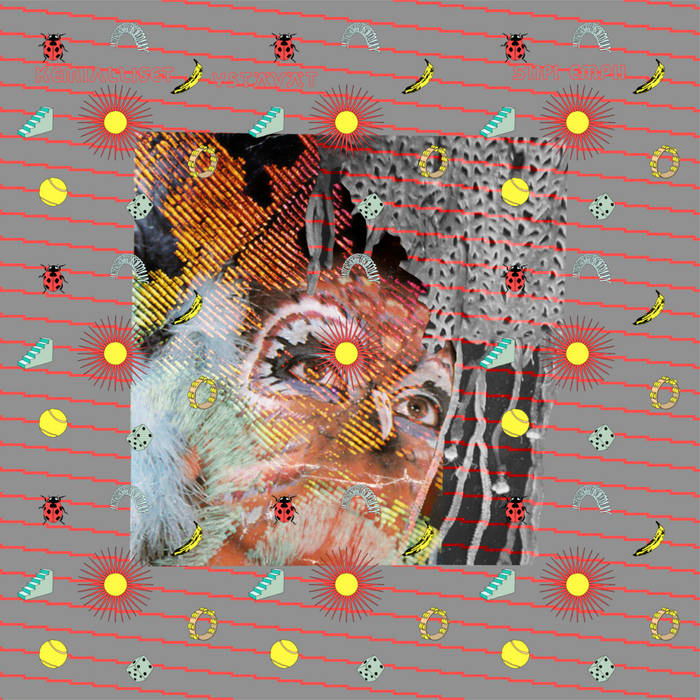 unplantedseed Has been my theme music 🎶 🎶🌐🎶🎶 morning drop off of my children great energy to the start of our day Favorite track: Hengitä sisään ulos.

Kemialliset Ystävät is a long running musical collective headed by Finnish multimedia artist Jan Anderzén. The group's rotating contributors include virtuosic musicians, sound artists, mad electronic music professors, field recorders, singers, amateurs and professionals. Leaving Records presents the project's latest LP, entitled Siipi Empii (loosely translated from Finnish to A Wing Hesitates.) Anderzén explains, "The English translation unfortunately loses all the music and rhyme of the Finnish title but the meaning's still there, kind of. The title is aiming to describe the movements of a butterfly and the weight/heat of the idea that every single flap of the wing can cause a storm/revolution." He has described the group's sound as sometimes "like an orchestra flying around in a tornado." These themes embody Siipi Empii, a wildly weird dose of electronic folk music crafted through sheer force of nature, an abstract organism guided gently by Anderzén's deft artistic touch.

A collaborative spirit can be heard throughout each of the album's twelve imaginative tracks. According to Anderzén, "The music stays alive only because of the input from my collaborators … The method produces half random, half directed sound events where independent elements intertwine into unpredictable music." As part of the process, he sends out "musical skeletons" to his collaborators. They then react and contribute their own sounds and ideas. One batch of skeletons came with a motivational letter including a quote from Johan Huizinga, below:

'We moderns have lost the sense for ritual and sacred play. Our civilization is worn with age and too sophisticated. But nothing helps us to regain that sense so much as musical sensibility. In feeling music we feel ritual. In the enjoyment of music, whether it is meant to express religious ideas or not, the perception of the beautiful and the sensation of holiness merge, and the distinction between play and seriousness is whelmed in that fusion.'

Siipi Empii's compelling arrangements do contain a playful edge that softens its more experimental tendencies. Unpredicability is the order of the day, as dogs bark, springs boing, and electronic woodwind sections deconstruct themselves over beds of contemplative marimbas. Disembodied voices recite touching poetry, just more instruments playing freely in the endlessly mutating stream of sound. Every element feels perfectly weighed and expertly arranged, as if by gravity itself. Anderzén says: "Battles with gravity are a recurring theme in my work, something to do with changing perceptions of normal." Siipi Empii is a joyous and playful paradox, beckoning you to embrace its loopy strain of intensely original expression.

Leaving Records and Kemialliset Ystävät make sense together. Both entities have a passion for blurring the lines of genre and exploring creative new frontiers. In Anderzén's words, "The work needs to be free from predetermined themes or ambitions." Experimentation is the ideal, and the process is sacred. They strive to find a language to convey something that can't be expressed with words. You may hear and feel something you've never heard or felt before, and that is the aim. Perhaps Anderzén best encapsulates the album in his translation of the first track's title: "Äimä is an ancient word for a large needle with a big round hole. In an old Finnish saying äimä describes a reaction where one's jaw drops open in awe / confusion. Tähkä is an ear in the botanical meaning. So we are talking about some sort of potential for astonishment."

"It is the drunken bird's dream, the mouldy instrument, the evil music box, the song of half past 4 am joy, people bathing in fairy's pee and releasing the enchanting sound and the tantalizing sound." -Ralf Normaali

Bandcamp Daily  your guide to the world of Bandcamp